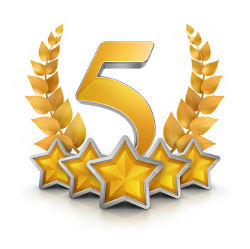 Don’t get me wrong. Self-employment is awesome – I’ve been self-employed for nearly 30 years and I love it. But it’s been so oversold that it’s become a bright shiny object in and of itself. Take control of your life/time/money; monetize your passion; become wealthy beyond your dreams; retire early; determine your own destiny; blah, blah, blah.

If you have any doubts, take a look at this infographic published on Mashable in March 2012 – The Pitfalls of Freelancing. Some quick facts arising:

NB – The stats are from www.mastersdegree.net. They are US based and relate to freelancing but  could probably equally apply to many other economies and self-employment models.

Self-employment is not some Utopian world that’s out there waiting for all and sundry to stake their claim. Anyone who enters self-employment thinking it’s going to be ‘better’ than employment is in for a shock because ‘wherever you go, there you are’.

Highlighting the money side of things, I like this take on it from Carol Roth, Author of The Entrepreneur Equation*…

Self-employment will serve up whatever you bring to the table. If you want above average results, it takes above average effort, creativity and commitment.

You may well get to the point where it does deliver the life of your dreams but that’s not the default setting. The statistics say the default setting for self-employment is failure. That’s not because it’s particularly difficult or beyond most people’s capabilities. It’s because they underestimate effort and overestimate reward.

It’s the same as any other aspect of life, it’s what you make of it. Just don’t get sucked into all the hype about it. Manage your expectations and take a reality check before you take the plunge and things should work out just fine. And if you decide self-employment is not the thing for you, well and good. Play to your strengths and have a fulfilling life either way.

Have you found managing expectations a challenge in your self-employment journey? Comments are welcome below.

Want more of the same? Sign up below for updates .

Matthew Kimberley on Sales, Marketing, The Universe and Everything

How to manage competing priorities in self-employment or small business